However, things change over time. While they still keep an eye on the Umbra around Harbor Park, their focus has shifted to the physical world, where they've been watching over the industrial sector, and to bringing a fresh perspective to the Sept as a whole.

When Blitzkrieg became the Guardian pack, Tactical Frivolity took over the St. Claire industrial sector as their protectorate, until such time as the others returned. As the Wardership has now changed hands, and there's other territory TF might be interested in, this is now in a certain amount of flux. They can still also be found near Harbor Park in and out of the Umbra to keep it safe, as always.

For a while they invented a fake-real-in-their-heads fraternity called Mu Mu Mu (MMM). Three Wolf Mu, get it? Also Mu Mus. They even gave one another code names. The Lupus didn't get it beyond 'human pack of unmated males that do dumb things' but he found it funny anyway. It did make a half-decent cover for discussing pack things, though, not that they probably really needed one. 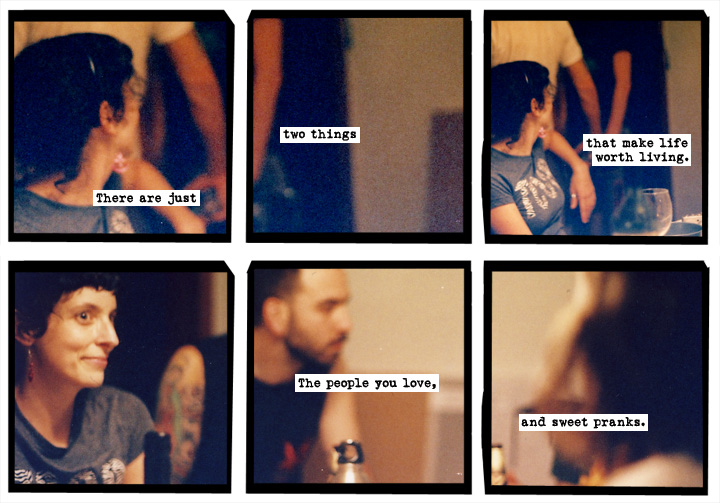 Retrieved from "https://garoumush.fandom.com/wiki/Tactical_Frivolity?oldid=18900"
Community content is available under CC-BY-SA unless otherwise noted.