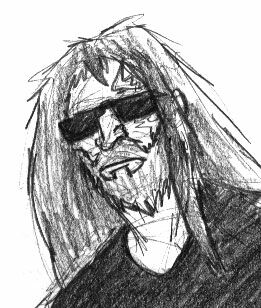 To say that Jack Salem has a checkered and troublesome past is something of an understatement. He's a known Renunciate and Charach. Rumor has it that he used to be an Ahroun, and that he came to town a Ronin. His Shadow Lord breeding is painfully obvious to anyone who looks at him (despite the black hair and fur prematurely going to grey and white). Details of his transgression against the First Law are not publically known, except that he was glyph-scarred for a time and evidently Satired (he used to be Fostern); his Judgement happened at another Sept.

He is unapologetically urrah, though for a Glass Walker seems far more interested in old technology than new. He almost single-handedly turned an abandoned five-story wreck into a liveable space which is currently used by the Glass Walkers and other members of the Sept. The car he drives is invariably at least as old as he is and more often than not, some strange brand and model not often seen in the United States (for good reason) -- ugly hunks of metal that he's often to be seen working on in a garage near the Tenement. Professionally, he's a part-time repo man, but his employer pays in cash and is remarkably flexible about scheduling. He's been knocking around St. Claire a good long time and knows it better than most.

In late 2008, Salem joined three other Garou in the forming of the Crew, a Rat-pack led by Kaz. He also challenged Jacinta for Fostern, but the results of that have not been announced. 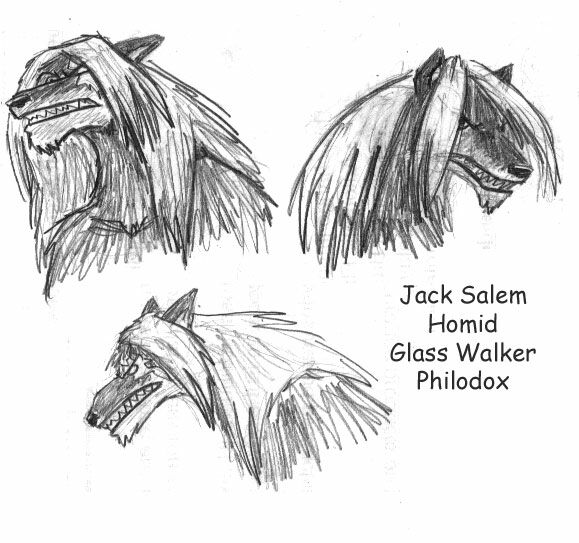 Retrieved from "https://garoumush.fandom.com/wiki/Salem?oldid=7154"
Community content is available under CC-BY-SA unless otherwise noted.