A slumpy, slouchy Caucasian teenager in shabby, shapeless clothing. She's maybe a few inches over five feet tall, a round-faced slob with tangled, greasy brown hair that's messily gathered into two ponytails, a large round nose, and a slight overbite. Her brown eyes are heavy-lidded and heavy-lashed and usually downcast, rarely meeting anyone else's. Her current t-shirt is grey with a bright yellow smiley face on the front surrounded by the words HAVE A NICE DAY. Along with that, she's got faded jeans with ragged cuffs that drag on the ground, dirty sneakers, and a "fashionable and hip" black trenchcoat and fedora. She's usually carrying a backpack as well; it's blue and grey and looks as shabby as the rest of her.

Take an ordinary female brown sewer rat, stand her on her hind legs, and make her a little over six feet tall (though with a tendency to hunch). Give her long-fingered, clawed hands and drape her in a shabby black trenchcoat. It's a sight that'd make most normal people run screaming, to be sure. This particular specimen looks pretty unkempt and twitchy. Violence seems likely. 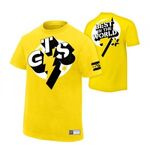 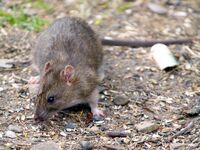 Rodens Form
Add a photo to this gallery
Retrieved from "https://garoumush.fandom.com/wiki/Lost_Girl?oldid=14780"
Community content is available under CC-BY-SA unless otherwise noted.