Fitz slouched into St Claire in late November 2014, but didn't immediately head out to the woods to howl and announce himself. Instead, he hung around the city through Thanksgiving weekend, being an asshole to the locals[1] and beating up a guy rather randomly[2]. He was up to similar tricks on Monday the first of December when a surprising splash of ice water to the crotch (courtesy of Nicodemus Dalton and a bit of Magick) morphed Fitz's casual bullying into full-on frenzy[3]. The results were bloody and, for one innocent civilian, fatal.

After a week or so hanging out being an asshole at the Gnawers' city hangout[4], Fitz got a ride most of the way out to the safehouse at the edge of the Sept's bawn, where he made a shitty first impression with Thane and the other members of pack Blitzkrieg.[5] Thus it was that in the week before the week of Christmas, Fitz settled down to live at Edgewood, dossing down in the barn.

Only a couple of days after that, Fitz took a trip into the city and got into a tangle with a kid who was definitely not 100% human. No frenzies this time, no near-drownings, but a death once again resulted and once again Nick Dalton was there. Also Kevin and Reggie.[6] Conspiracy? Probably not. 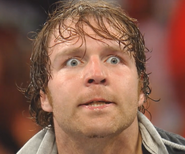 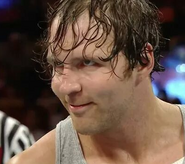 Add a photo to this gallery
Retrieved from "https://garoumush.fandom.com/wiki/Fitz?oldid=16969"
Community content is available under CC-BY-SA unless otherwise noted.