Notes: She arrived at the Sept in the summer of 2010, walking out of the wilderness like John the Baptist. After some time there, she was sent away to a Red Talon Sept to be Rited, and has now returned.

She is rather unremarkable in appearance, differing from normal wolves only by the stripe of dark auburn low on her chest, between her front legs. In manner, she is rather off-putting, with a flattened affect and a way of looking right past people sometimes.

Quotes: "It never troubles the wolf how many the sheep may be." -- Virgil, Aeneid 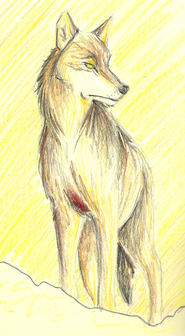 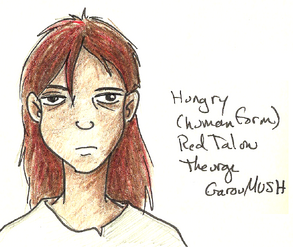 FD (Hungry) in Homid.
Add a photo to this gallery
Retrieved from "https://garoumush.fandom.com/wiki/Finds_Death_in_the_Dark_Woods?oldid=12679"
Community content is available under CC-BY-SA unless otherwise noted.