was going great for Aaron (he was the tribal leader and a member of a kick-ass pack) until the day he went into the Umbra and simply vanished. Although anything is possible in the Umbra, there was the slim chance that the Gnawer had gotten cold-feet at the idea of being a new father to his girlfriend’s unborn child. But it turns out that wasn’t the case. Aaron was on patrol when he ran across something not so nice and gave him quite a whopping but was able to narrowly escape. Unfortunately, he suffered a serious spiritually charged blow that knocked out chunks of his memories. He remembered that he was a Garou and all that goes with it but beyond that was a total blank. His past and present were totally erased and the form of ID on him said that he was from some coastal town along the California Pacific. After coming up with no answers to the gap in his memory, he easily took to the Southern Pacific lifestyle. He met up with a band of Garou with no affiliation to any Sept and lived with them in a large RV. In between chasing down evil spawn, the group spent their days chasing waves. Months came and went, creeping up to a year and a half. Aaron began receiving peculiar but subtle dreams from the totems of Triquetral Accord after a year of his disappearance. One sunny summer day, the Gnawer is lying on one of the famous surfing beaches when someone goes “I know you.” Perhaps he will remember who they are later but their story checked-out that he belongs back in Saint Claire. Suddenly the dreams from a Sept he no longer remembered began to make more sense. So, abandoning his surf board (likely stolen), he set off back to Pacific Northwest.

From 2005 thru 2012, Aaron went out searching for his birth-mother, Mary-Jane. At first he started in Texas but was able to narrow down his search to the Sept of Fire-Rock at the Big Bend National Monument in southwestern Texas but that is where the trail went stale. Mary-Jane didn't ever reveal herself personally but she contributed to the Sept of Fire-Rock in a BIG way. Not only was she a pretty good storyteller but she was pretty good at collecting fetishes.

Samuel was a strict military man. When Aaron was born, Samuel was working as a farm-hand and stock car driver. When Aaron turned three, he married a woman with no Garou bloodline that had two children of her own. When Aaron was in eight-grade, Samuel had a sudden heart-attack and passed away – leaving Aaron in the care of his step-mother.

A woman that Aaron had met during his five year hiatus in Texas. She decided to move up from Texas to be closer to the Bone Gnawer Ahroun. She has a job as a gas station attendant. 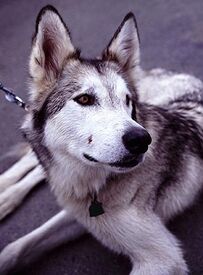 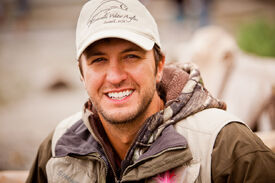 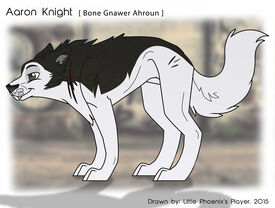 Retrieved from "https://garoumush.fandom.com/wiki/Aaron_Knight?oldid=18867"
Community content is available under CC-BY-SA unless otherwise noted.